Let me start by thanks Eric Metaxas for doing a great job of Bonhoeffer’s biography. Through his work we have a good picture of Dietrich Bonhoeffer’s life. Eric’s work is a good example of what a biography should be. Without it I wouldn’t have been challenged the way I was. Let me not get ahead of myself. This is the first post, as I reflect on the Dietrich’s life. The theme of calling and conviction is one I’ll be exploring in this post.

Dietrich grew up in a home where you had to back up your / an argument. He grew up in a home with rigorous debates. This meant one had to think through their viewpoint and, communicate it in a convincing way. With this in mind, Bonhoeffer told his family (and friends) he intended to study theology and made a good case for it.

Conviction is more than strong emotion or belief; it is more than that. It is not what we feel or think we should do. It is pouring out everything about our lives and who we are for that which has captured us.

Bonhoeffer felt that studying theology was what he was supposed to, no, meant to do. He was intelligent and could have chosen to apply himself in other fields or vocations.

It is never and should never be what I can, or could do; it should always be about what I must do.

This is not to say that there is always something and only one thing that must be done. Sometimes we are not bound or compelled to one choice. Sometimes we have the freedom. For instance, when Dietrich spent time in the United States and serving in England.

One of the greatest lessons from Dietrich’s story is how he made the difficult decisions. He took time to think and pray; ask God. He never ignored the counsel of others but sought it. In the end, Dietrich did what he felt most strongly led by God to do. He sought God’s voice and guidance on his own, under leadership and in community.

Most of us tend to pray when we’re perplexed and anxious, and we should. Then, there are times when we don’t take time to pray; ask for God’s guidance and wisdom. Those times we deceive ourselves by thinking we know enough and are wise enough. I’ve been there, many times.

Dietrich challenged the German Church when he felt they were not living up to what they should have. His convictions would not let him be silent when he felt the Church in Germany was country before God.

Do I, would I have the courage to speak up and act out of conviction in the way he did? It is easier to proclaim our convictions that it is to live them out. I wish I could say I’ve always been consistent.

We all know of calling, though not in full. We can define some things about calling but some aspects of it remain a mystery. Bonhoeffer connected with his calling. He lived in an extraordinary time in history. No doubt, that made decisions more challenging. He could’ve been in the United States or England, for example, but chose his homeland at a horrendous time.

Our desires, contexts and desire to do right, people’s opinions, all these can make decisions difficult. Challenge our sense of calling. They can it make it hard to hear God. Only a clear sense of calling can cause us to go into danger

Another lesson here: sometimes calling takes us to difficult places (Click to Tweet). One of the most uncomfortable yet peaceful places in our lives is where God wants us to be. Dietrich’s call captured him and he captured the call. Preaching on Jeremiah, at one point, he emphasised this.

For Us, For Me

Calling and conviction, what great compasses. God-given, yet very personal, at the same time. They can take us to senseless places; cause us to do things that don’t make sense other others. Heck, often they will make us do things that might not even make sense to us.

Now, what has my heart? What is God saying to me? To you? After life has shaken us, above the noise of circumstance and voices of people, what remains?

You can get Bonhoeffer: Pastor, Martyr, Prophet, Spy by Eric Metaxas the book on Amazon or like I did, from christianaudio.com. If you prefer Audible.com you can also get it there. 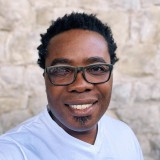